The main questions we study are what cellular mechanisms regulate signalling between animal cells, and how does that signalling control biological functions like physiology, development and pathology? 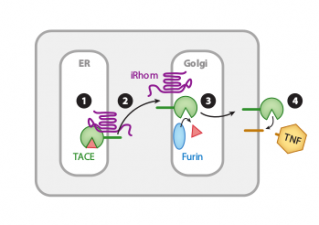 Our current focus recently is the rhomboid-like superfamily of proteins. We initially discovered that rhomboids were novel intramembrane proteases, conserved across evolution, which regulate the production of extracellular signals. The rhomboids are now known to be involved with many biological processes including, for example, growth factor activation, mitochondrial function, host cell invasion by parasites and bacterial physiology. Given this range of functions it is clear that rhomboids also have potential medical significance.

More recently we have become interested in the much wider superfamily of rhomboid-like proteins, the majority of which are not proteases. We have studied a few examples and have uncovered roles in controlling the cellular fate of membrane proteins. Our current working hypothesis is that the fundamental role of the rhomboid-like domain is transmembrane domain recognition. Among other functions, we have discovered non-proteolytic rhomboid-like proteins working in controlling ER associated degradation, signalling and inflammation.

We study the genetics, cell biology and biochemistry of rhomboid-like regulation and function, using a variety of systems including mice, Drosophila and human cells. Although our main effort is aimed at understanding fundamental cell biology, we are also pursuing the potential medical significance of our basic discoveries. 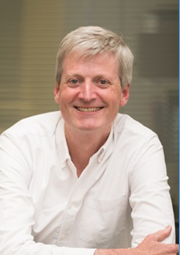 Rhomboid-like proteins: from molecular principles to their role in human disease