The Lea group has now relocated to the Center for Structural Biology at the NIH National Cancer Institute, USA, maintaining a small team at the Dunn School.

An understanding of the way in which an invading pathogen interacts with its host at a molecular level is an essential aid to understanding the nature and extent of disease caused. My group aims to use a variety of techniques to probe the interactions that characterise different disease processes. Central to this approach is the use of X-ray crystallography to determine the structures of individual host or pathogen components and of important host-pathogen complexes. We also use a variety of methods ranging from the molecular to in vivo to define the protein interactions that are fundamental to development and immune regulation. 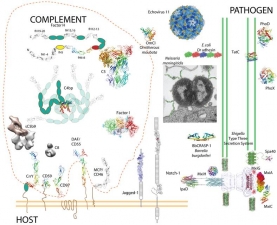 As for all cells, bacteria need to control the passage of biomolecules across their membranes. This is a particular challenge for Gram-negative bacteria which are bounded by two lipid membranes. We study the mechanisms underlying the Type III secretion system, which delivers proteins from bacteria directly in to the cytosol of host cells, and the Tat system, which can transport folded proteins. Both systems contribute to virulence in important human bacterial pathogens.

The complement system is a key component of our immune system, acting in both innate and adaptive pathways. We are particularly interested in the way in which the alternative pathway, which provides a first line of defence against invading pathogens, is regulated to prevent damage to self. In addition to seeking to understand basic biological mechanisms, our insights here will impact on understanding of complement dysregulation diseases. Evasion of complement is critical for many pathogens, including Neisseria meningitidis. We study the systems used by pathogenic organisms to evade this aspect of immunity. 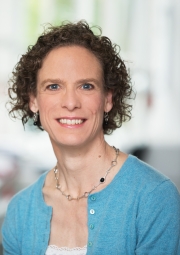