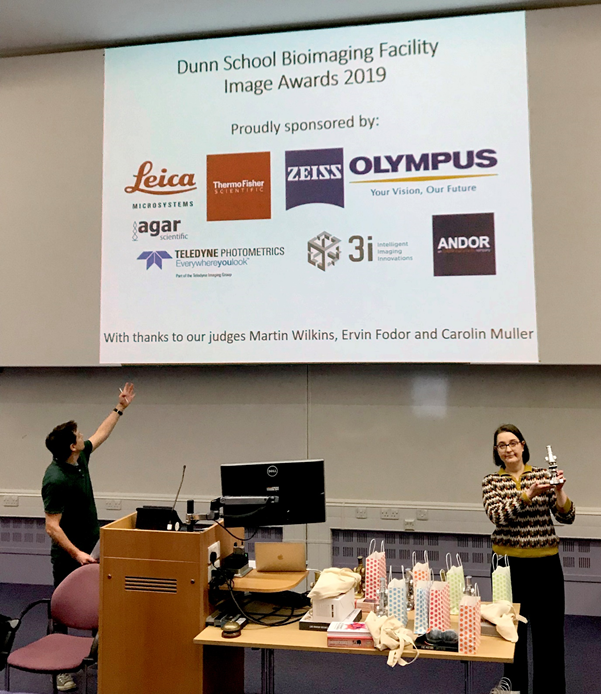 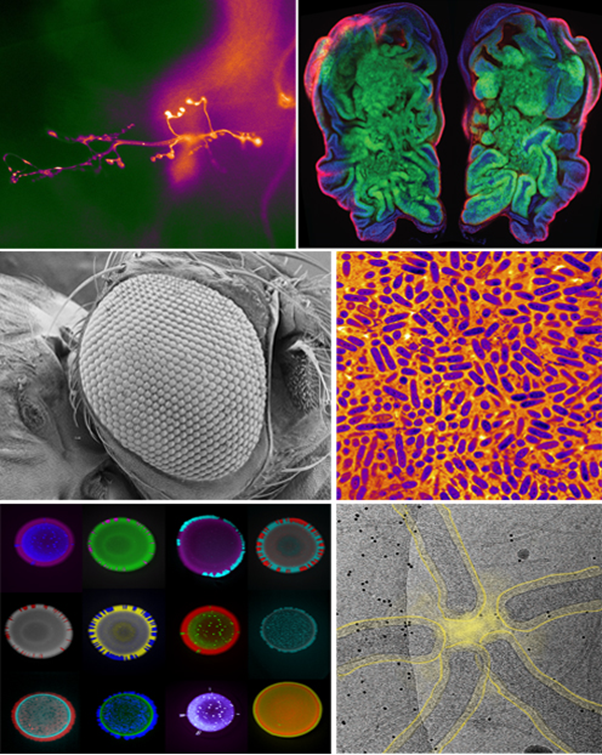 The judges of this year’s Bioimaging Awards were Prof. Ervin Fodor, Martin Wilkins and Dr Carolin Muller. The prizes were won by a mix of PhD students and postdoctoral researchers across the department.

The organisers would like to thank Leica Microsystems, Zeiss, Thermo Fisher Scientific, Olympus, Andor, Teledyne Photometrics, 3i and Agar Scientific for sponsoring the prizes.

Below are the winning entries:

Winner: Franz Wendler (Alberto Baena lab): ‘In the heat of the moment’. Confocal image of the neuromuscular junction at muscles 6,7 in Drosophila 3rd instar larvae.

Runner-up: Daniel Hayward (Gruneberg lab): ‘Mitosis in Super Resolution’. The alignment and segregation of chromosomal kinetochores by microtubules as seen in super resolution over the course of mitosis.

To read more about the Dunn School Bioimaging Facility here.