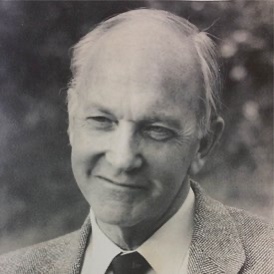 Sir James Gowans, the immunologist who made the key discovery that lymphocytes circulate from the bloodstream into lymph nodes and back, died on 1 April 2020.

A physician scientist with a background in medicine and physiology, Sir James worked with Howard Florey at the Sir William Dunn School of Pathology on lymphocytes for a DPhil, beginning in 1953.

IN 1963 he became a Fellow of the Royal Society, and stayed on as a Professor of Pathology at Oxford until 1977, when he became the head of the Medical Research Council.

He won numerous awards and commendations during his lifetime for his work, including the 1980 Wolf Prize in Medicine, and shared the first Medawar Prize in 1990.

In the words of the current Head of the Department, Professor Matthew Freeman, Sir James Gowans was a “titan of immunology.”