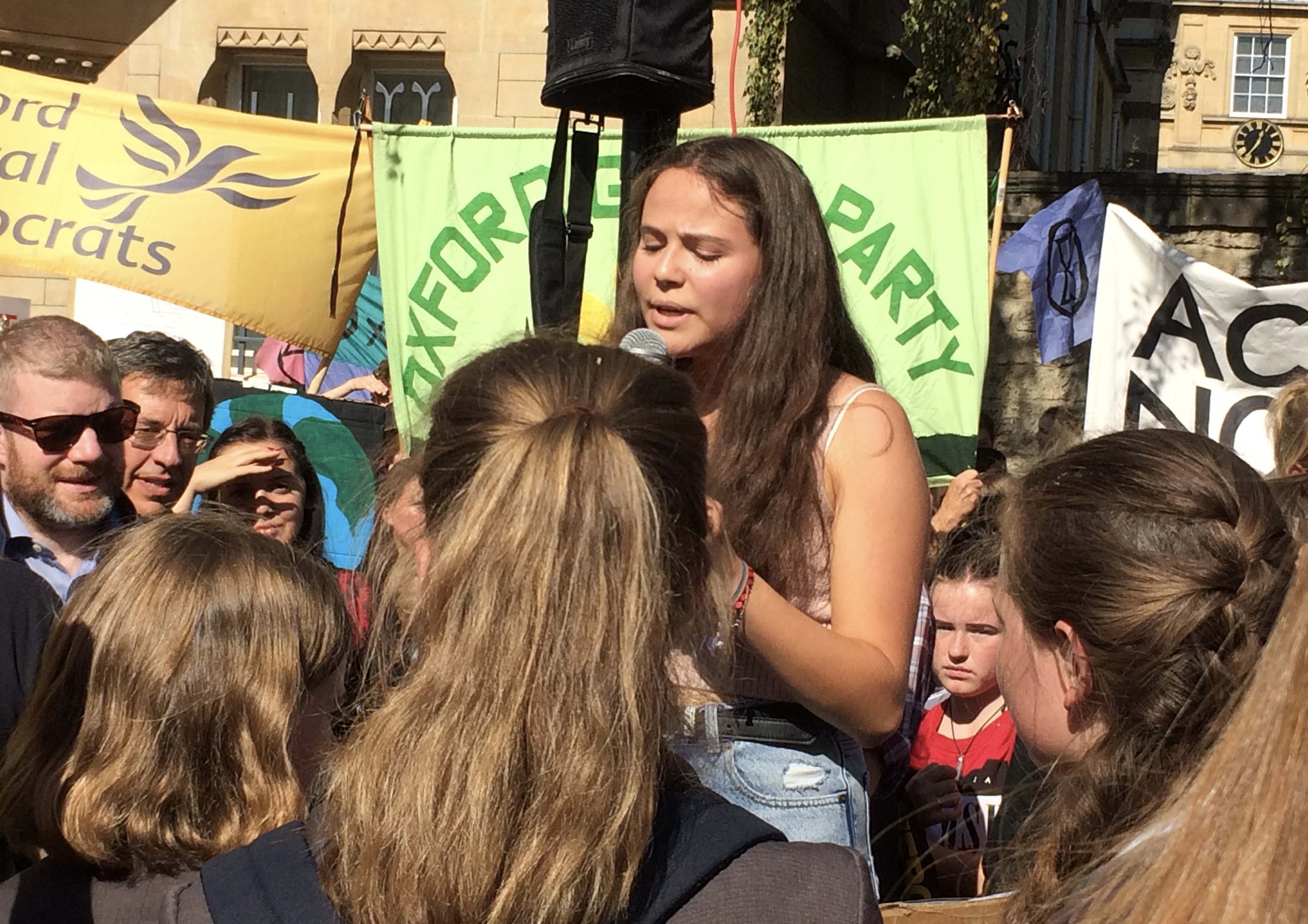 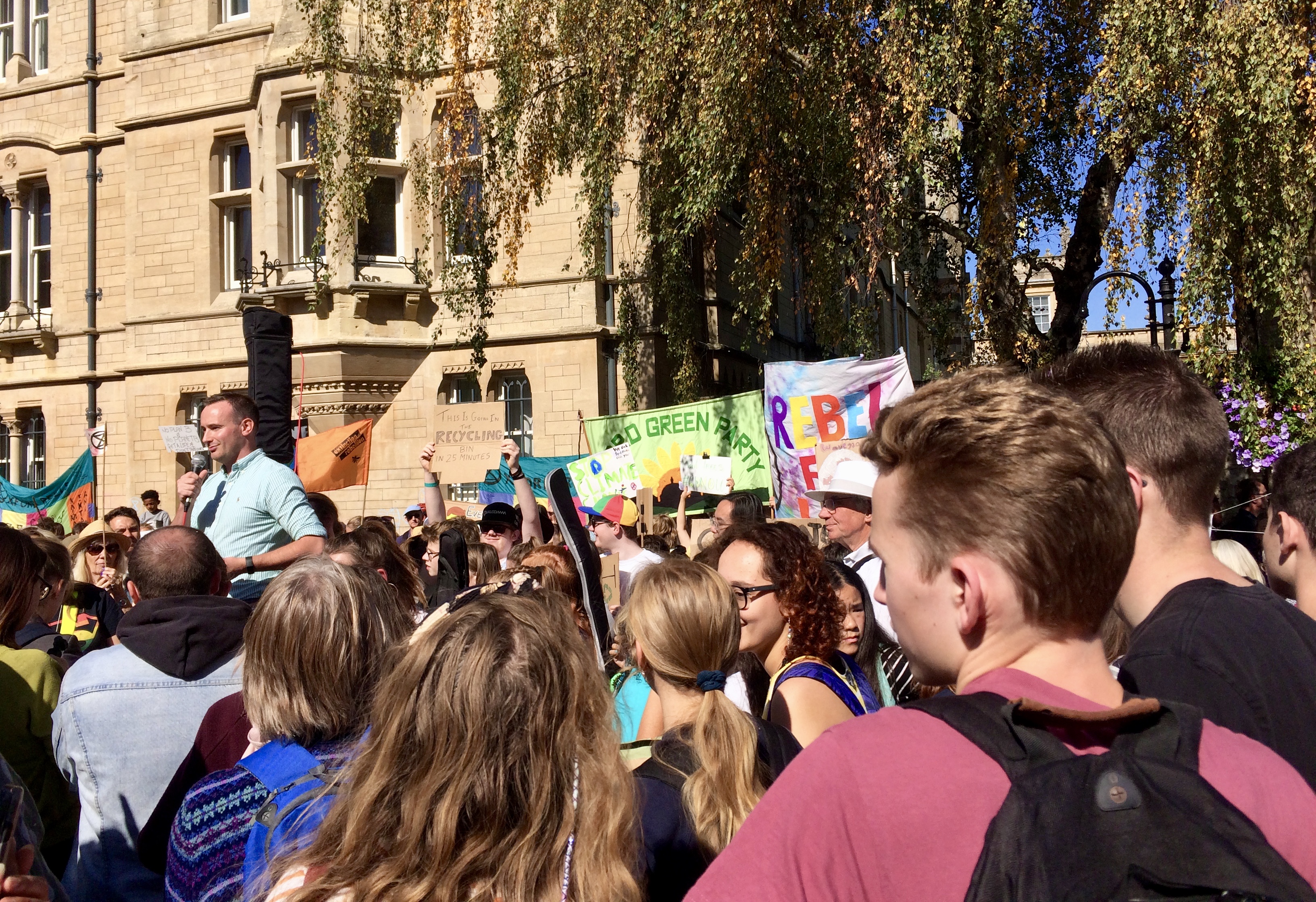 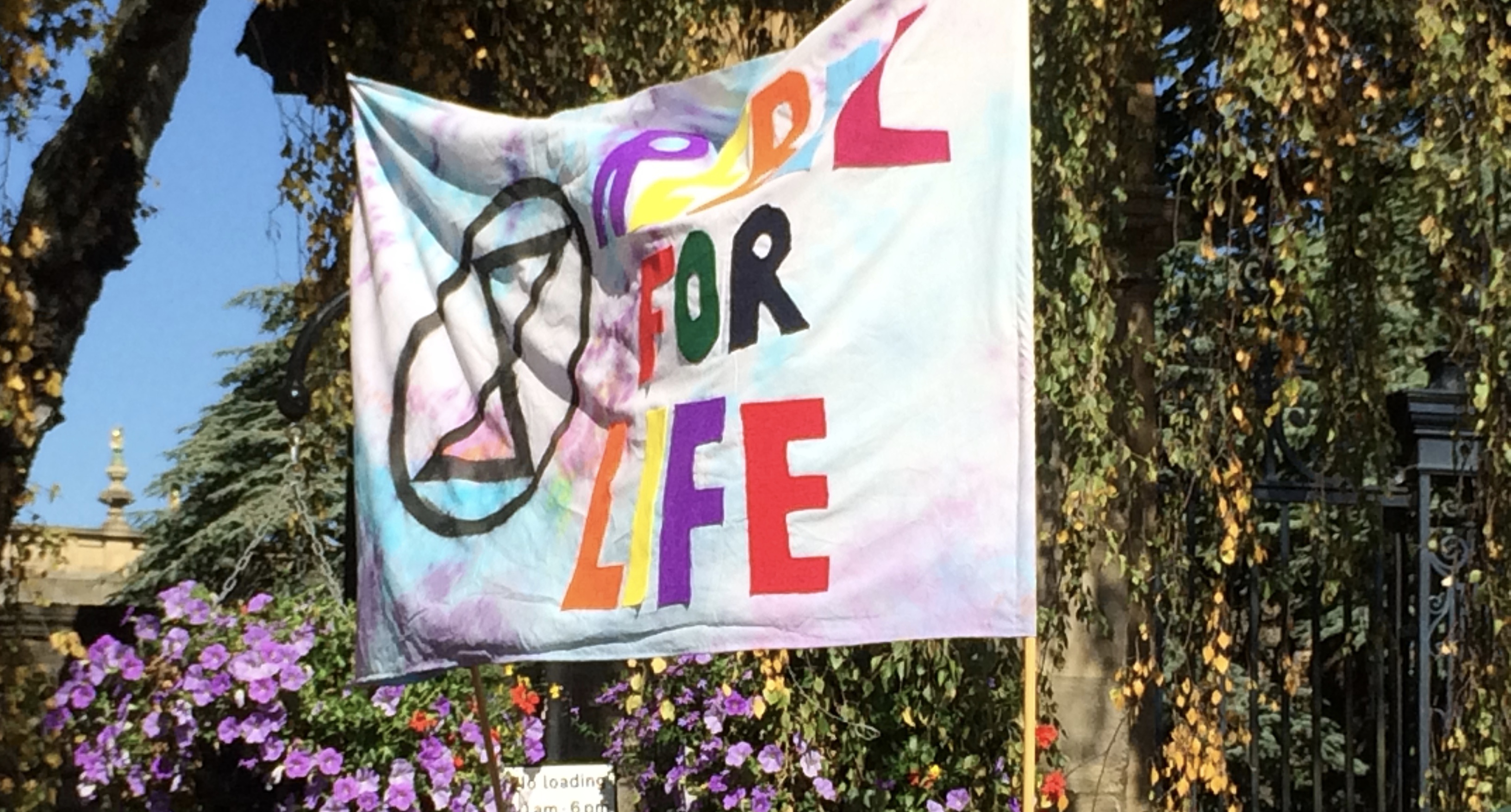 In solidarity with school strikes for climate around the globe, Dunn School students and staff took part in a rally and demonstration in Oxford city centre on 20 September.

The City of Oxford joined the list of thousands of cities and towns worldwide joining the strike, with a protest led by the UK Student Climate Network (UKSCN). The Oxford action took place in Broad Street with members of the university and Oxford branch of the UCC (University and College Union), joining the swathes of children and teenagers.

Jo Peel, Executive Assistant at the Dunn School said: “It felt incredible to be part of a global wave of action and was inspiring to see so many young people becoming activists and demanding urgent action on climate change. Personally, I’m delighted that the Dunn School supported the strike and let me leave my desk to attend.”

The Oxford demonstration was part of an international day of action by the School Strike for Climate started by 16-year-old Swedish schoolgirl Greta Thunberg. It took place just days before a UN climate change summit with protestors hoping their demands for a systemic and global approach to addressing the climate emergency are met.