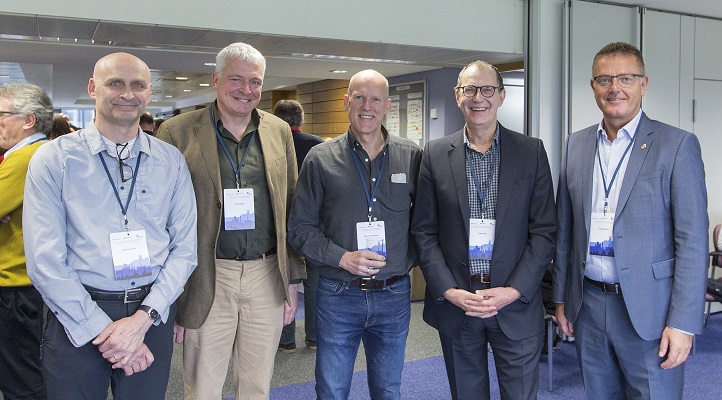 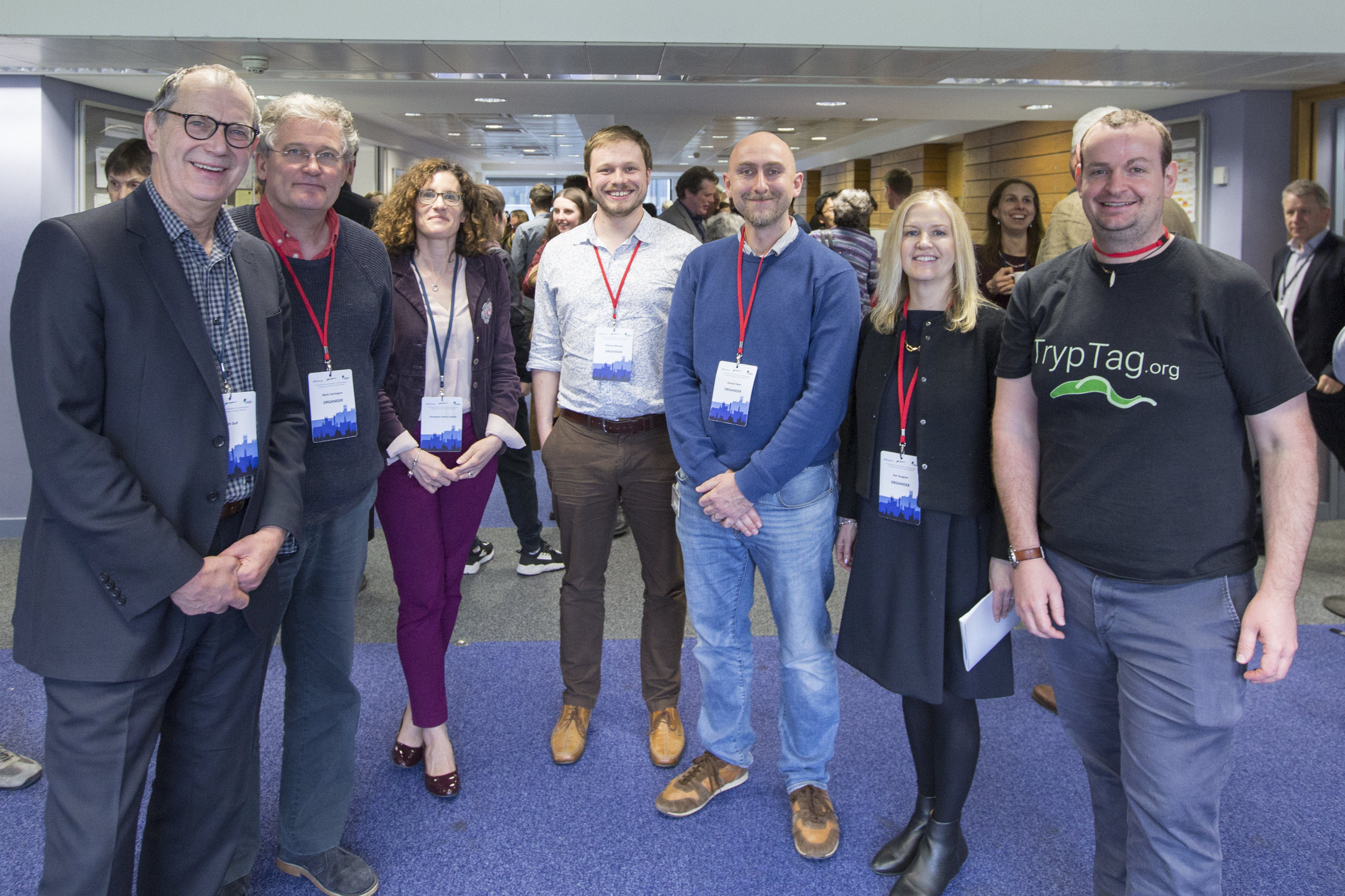 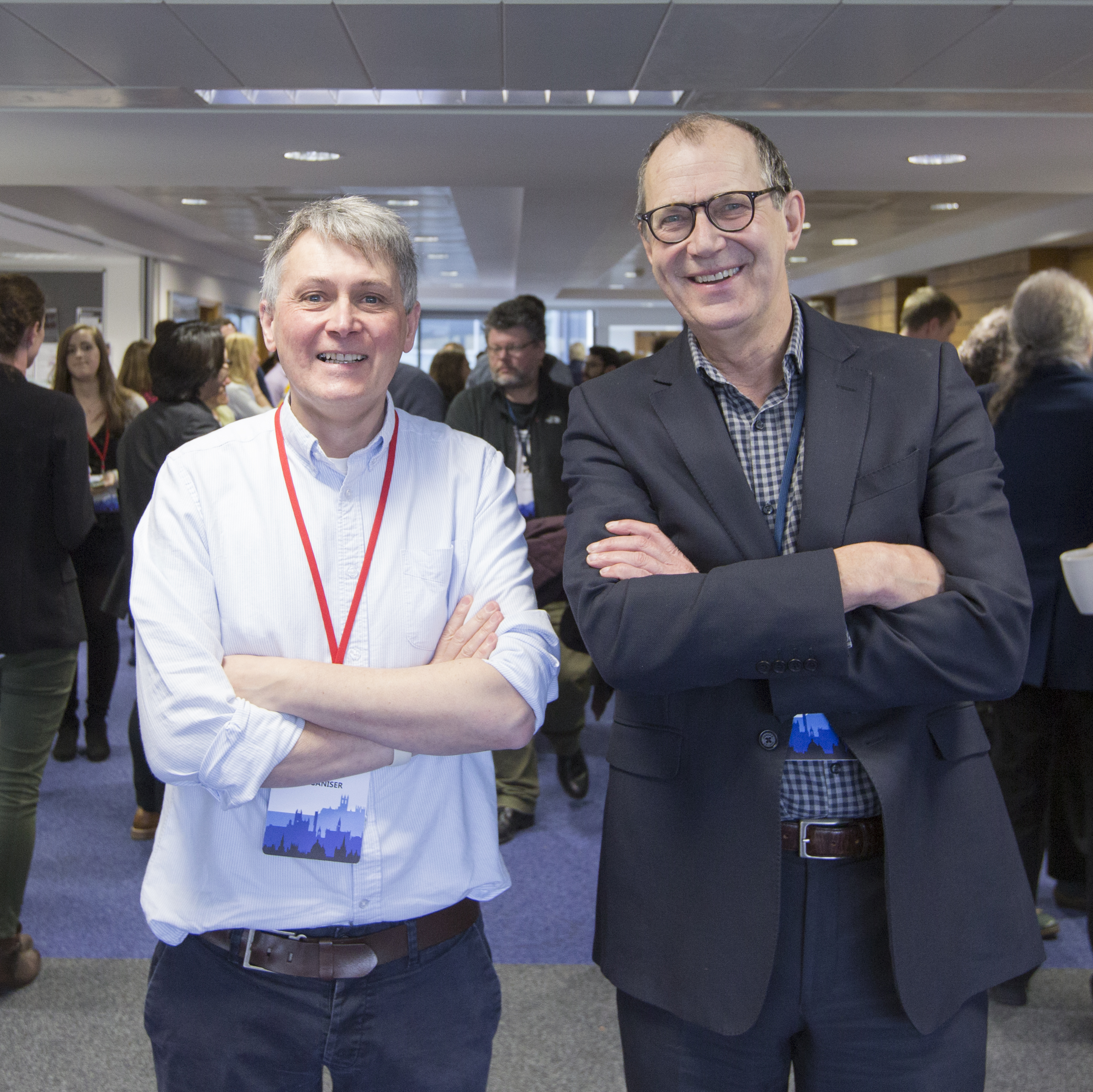 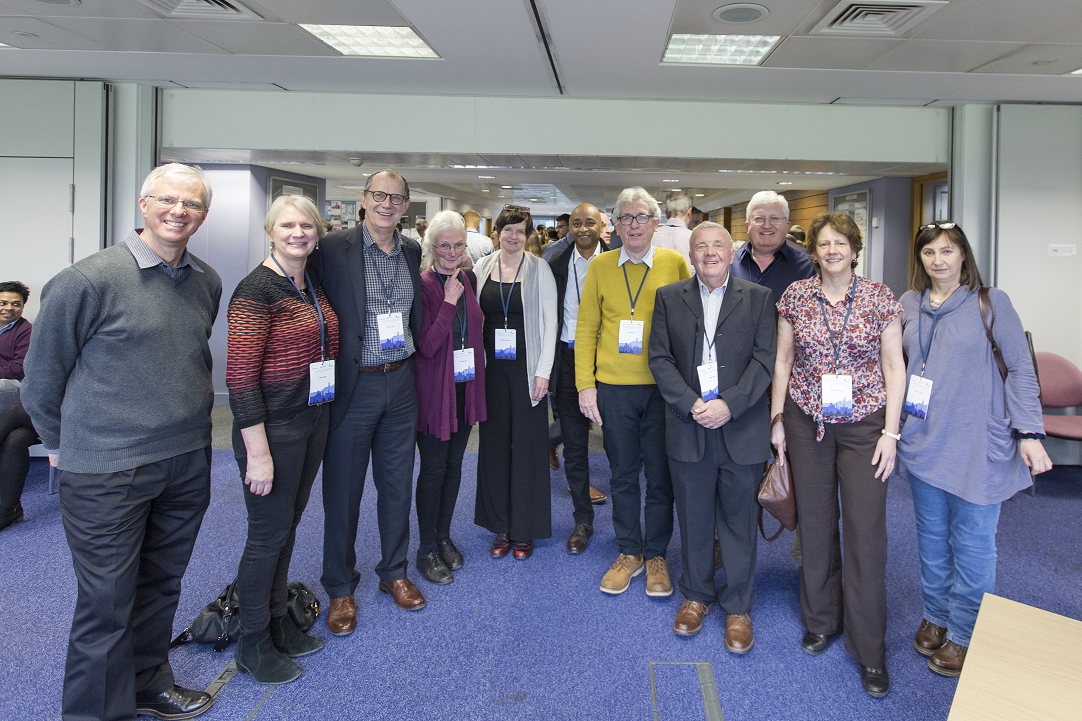 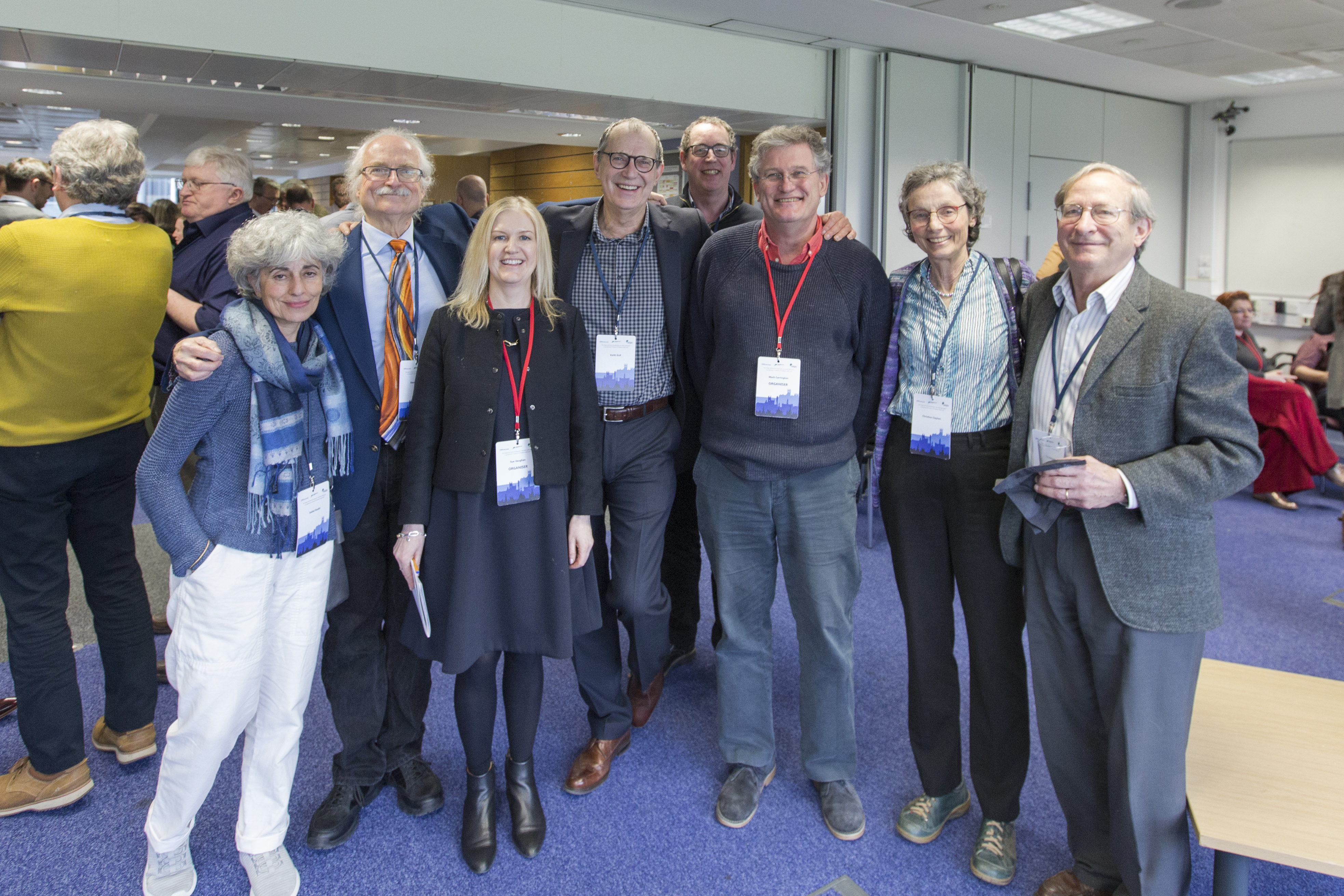 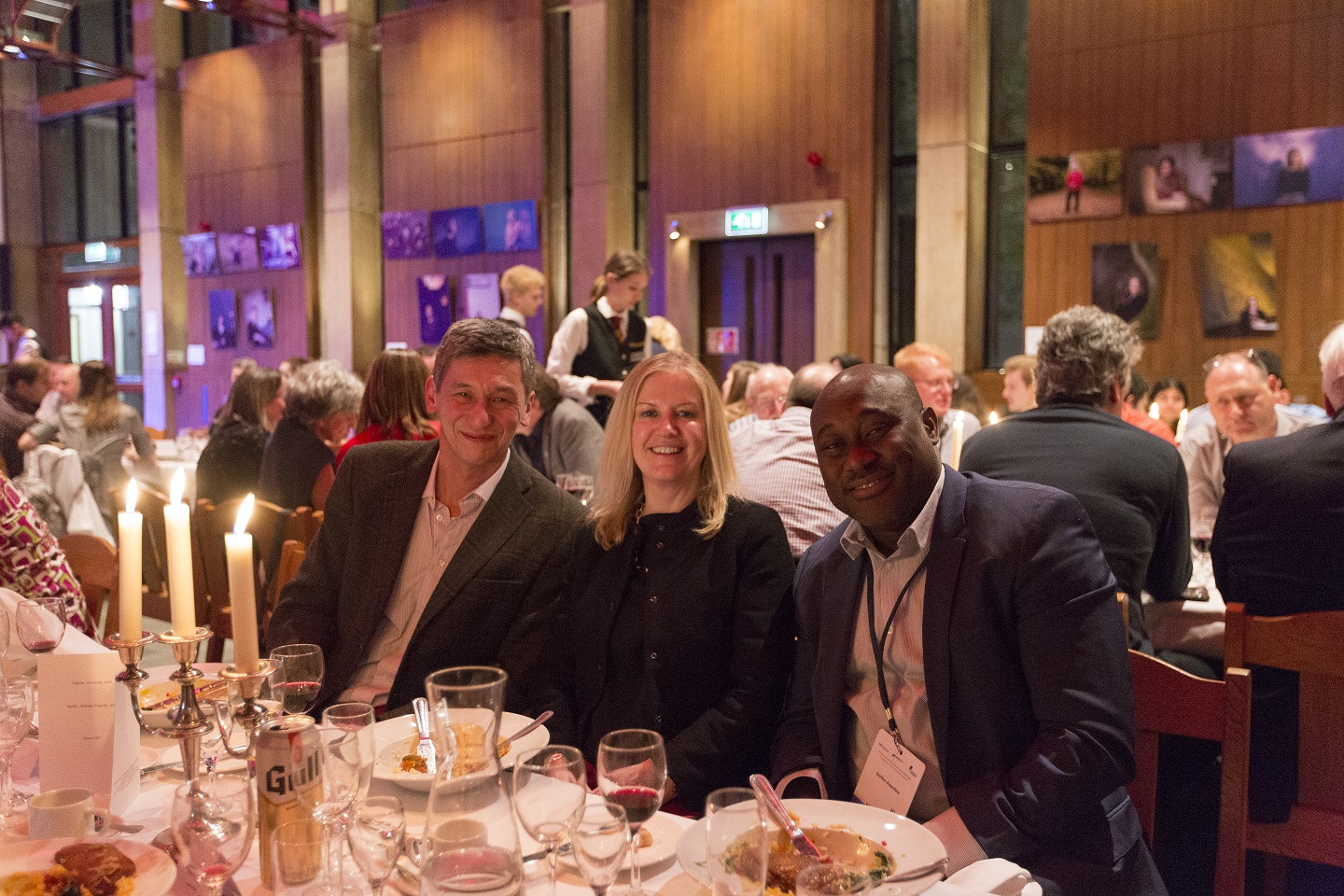 A symposium honouring the work of the Dunn School’s Professor Keith Gull was held in the Medical Sciences Teaching Centre on 22nd March 2019 to mark the occasion of his retirement. The event, which hosted a stellar line-up of speakers, aimed to highlight his contribution to science, both in terms of his academic achievements and his efforts in promoting mentorship and education.

Keith Gull’s research career has largely focused upon eukaryotic pathogens, with current projects in his lab investigating the pathogenesis of Trypanosoma brucei, a parasite that can cause sleeping sickness, and Leishmania, which causes Leishmaniasis. The Gull Lab has been exploring diverse aspects of parasite biology relating to the cytoskeleton, the cell’s network of protein filaments that performs a range of functions, including roles in cell division and motility. It was fitting, then, that a large proportion of the speakers gathered were parasitologists, including a number of Keith’s post-docs and students as well as eminent colleagues from around the world. A number of researchers also spoke on the theme of cytoskeleton and cell cycle control. However, we learnt that Professor Gull began his early career working on fungi. Appropriately, a perspective on this was given by Neil Gow of the University o­f Exeter, who said, “Keith would have made a great mycologist!”

Before establishing his lab at the Dunn School in 2002, Keith Gull held a lectureship at the University of Kent, where he later became a Professor. He then moved on to the University of Manchester, where he was involved in the establishment of the School of Biological Sciences. During his career, he has mentored and collaborated with a huge number of scientists. In his introduction, Keith Matthews from the University of Edinburgh estimated that Gull Lab alumni had gone on to form at least 41 independent research groups in 12 different countries.

As well as his work in the lab, Professor Gull has been involved in the West African Centre for Cell Biology and Infectious Pathogens (WACCBIP), a role that was discussed by Gordon A. Awandare. Situated in Ghana, the centre offers PhD fellowships and aims to retain emerging African talent on the continent, as well as providing a world-class research environment to for returning diaspora. Professor Gull has acted as the chair of the advisory group for this initiative, and organises annual training workshops at the centre with the help of his lab members. Alongside these commitments, Professor Gull was appointed Principal of St Edmund Hall, a post that he held from 2009 to 2017.

Most speakers had an anecdote or two to tell about their interactions with Professor Gull, with Philippe Bastin’s address being particularly rich in both interesting stories and archival photographs. More of these were to be presented at the end of the meeting by Mick Tuite, who gave a career perspective before offering up the floor to Keith Gull himself to close the symposium with what Neil Gow later described as “a plea for openness, honesty and courtesy in science, as critical attributes of personal behaviour in a world of challenge”. He received a standing ovation from the assembled guests, who made their way to St Edmund Hall for a celebratory dinner where they could continue sharing fond memories of Professor Gull’s incredible research career.

Find out more about the Gull Lab’s research on their group website.