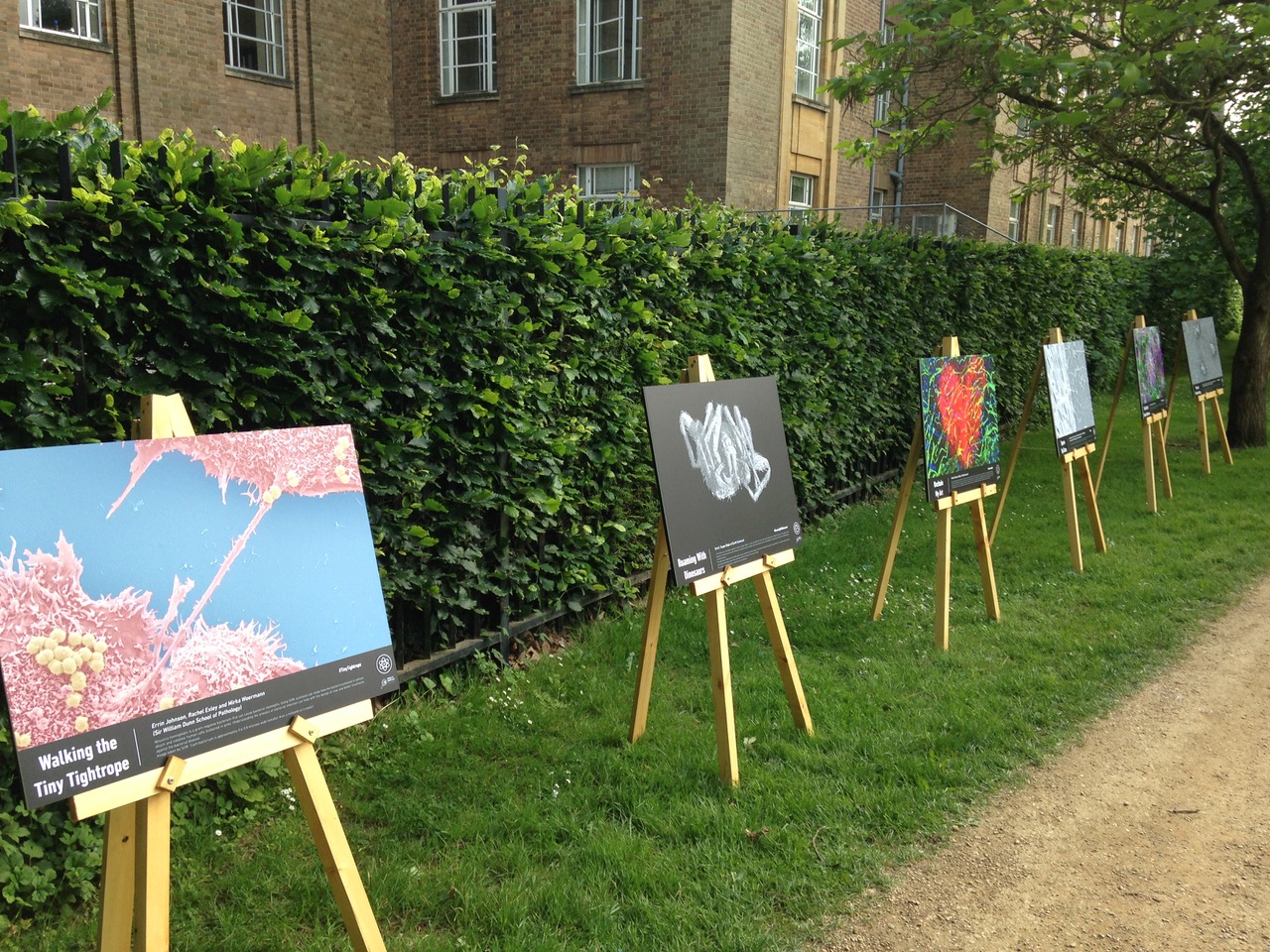 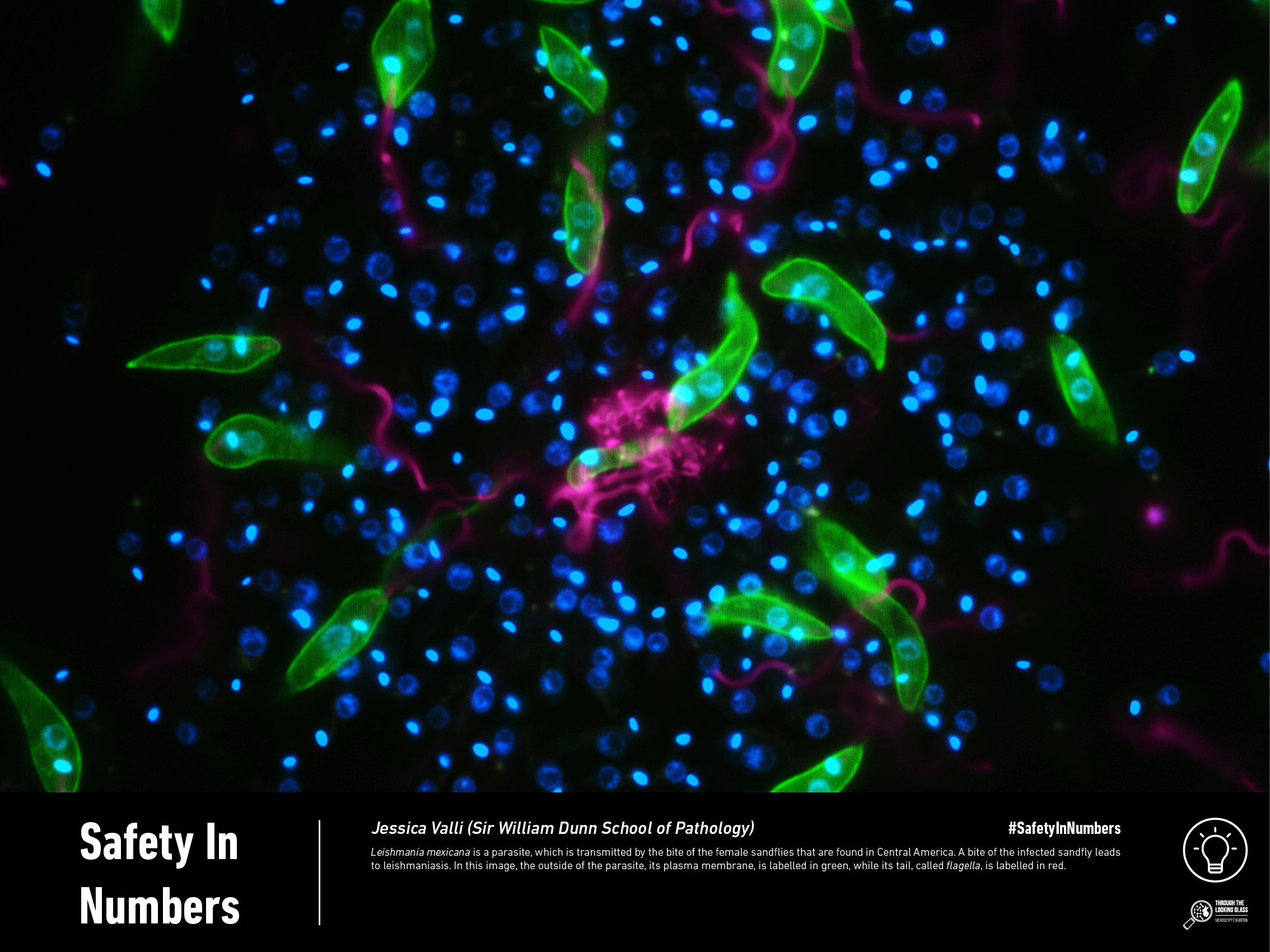 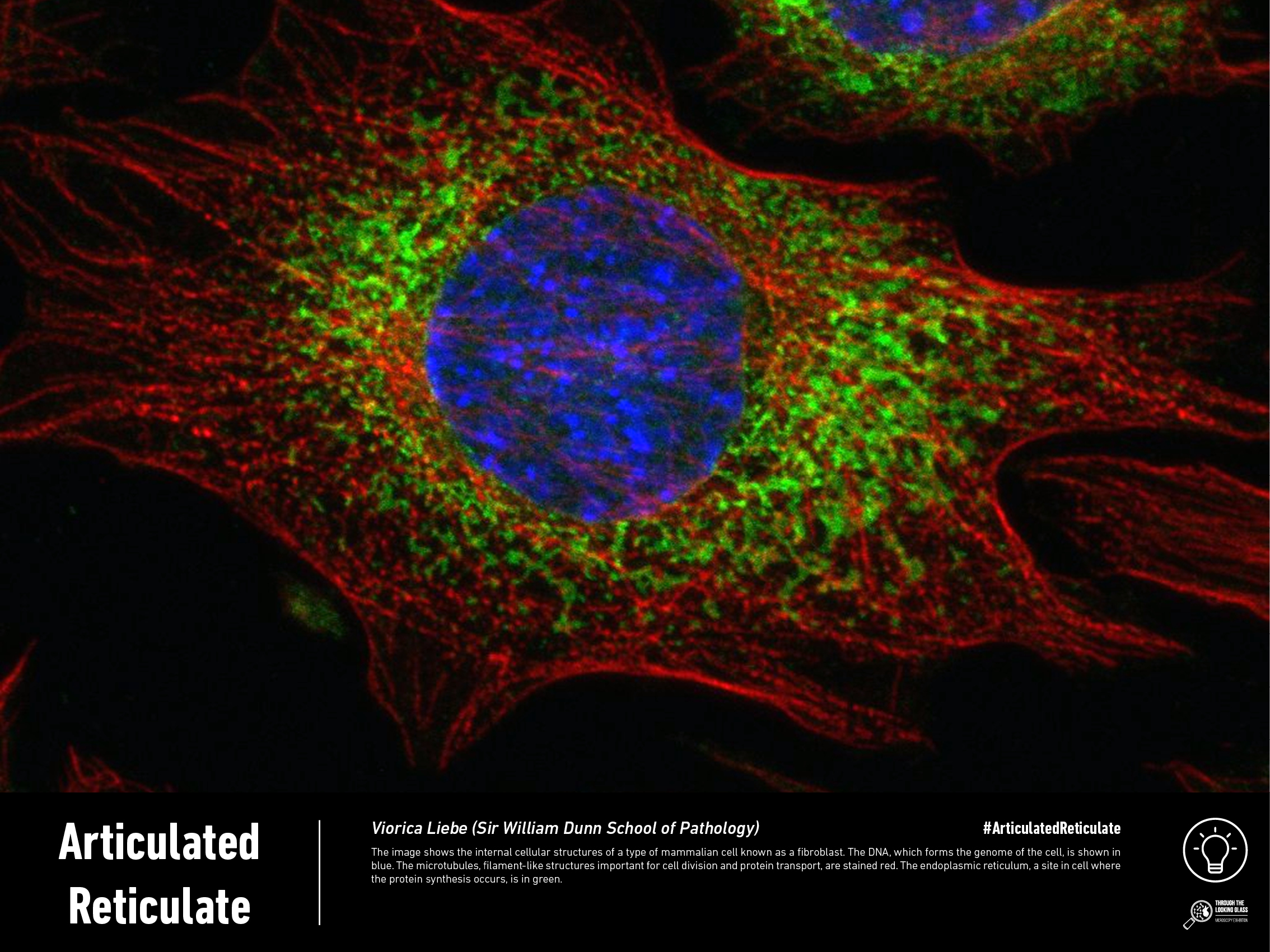 Beautiful microscopy images, many from Dunn School scientists, are communicating the connection between art and science in a “Through the looking glass” microscopy exhibition in University Parks, Oxford from 12 June to 7 July 2017.

The Dunn School’s EPA Cephalosporin Fund is sponsor to the initiative that includes not only the display of images throughout the period but family friendly hands on activities on 17 June from 11am – 2pm.

Dunn School IITM DPhil student Bernadeta Dadonaite, a member of the British Science Association Oxford Branch, is one of the organisers of the exhibition located on the South Walk of the parks. The name of the exhibition relates to the author Lewis Carroll’s fantastical world of wonderland and Bernadeta stressed its ability to unite the realms of art and science.

“By displaying these beautiful images we wanted to show the connection between science and art and to make people more aware of the microscopic worlds that surround us. We hope that the exhibition will introduce the visitors to some of the work that goes on behind the lab doors in Oxford and inspire an interest to learn more about the science behind it. “

Many of the 24 images have been generated at the Biomaging Facility at the Dunn School. The exhibition also features images from the University of Oxford’s: Earth Sciences; the Department of Physiology, Anatomy and Genetics, and Micron Oxford.

“Through the looking glass’ is organised by the British Science Association Oxford Branch in conjunction with the University of Oxford and is part of Oxford Science Festival.