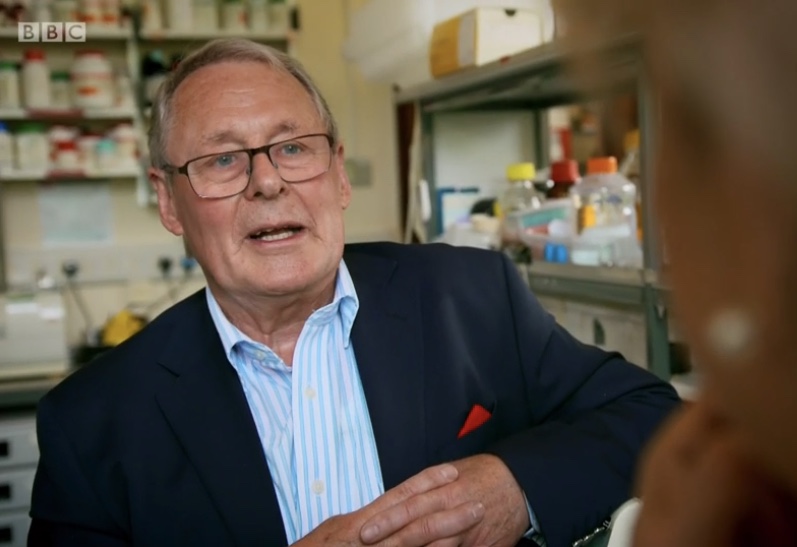 Angela Rippon at the Dunn School of Pathology 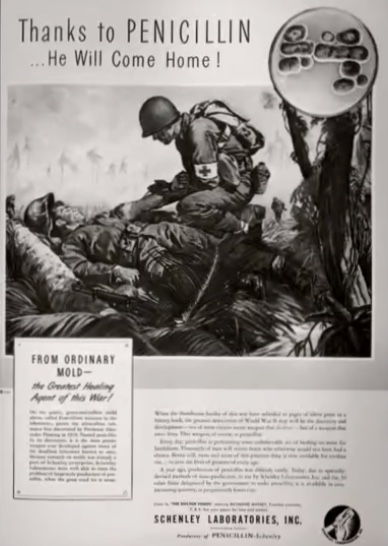 The significance of the Dunn School’s place in history was once more reaffirmed when the development of antibiotics won the accolade of Britain’s Greatest Invention in a live TV broadcast on BBC2 on 15 June 2017.

Television journalist and presenter Angela Rippon championed antibiotics as the country’s greatest invention stating they have saved over 200 million lives to date. In a supplementary pre-recorded segment, she visited the Dunn School to find out about the history of the development of penicillin here in Oxford and the drug's crucial lifesaving role in World War II.

The development of penicillin heralded the birth of the antibotics era and an array of antibacterial drugs. Having suffered tuberculosis as a child Angela Rippon owes her life to antiobiotics and claimed: “Antibiotics are the saviour of the human race.”

Broadcast live from the Science Museum’s stores near Swindon, Rippon went in competition against six other celebrities promoting an array of inventions ranging from the steam engine, mobile phone, the fridge, television, concrete and the jet engine.

Won over by Rippon’s passionate argument that the other inventions were all useless if you were dead, the studio audience voted antibiotics the winner. The outcome once more reaffirms the eminence of the Dunn School in modern history.