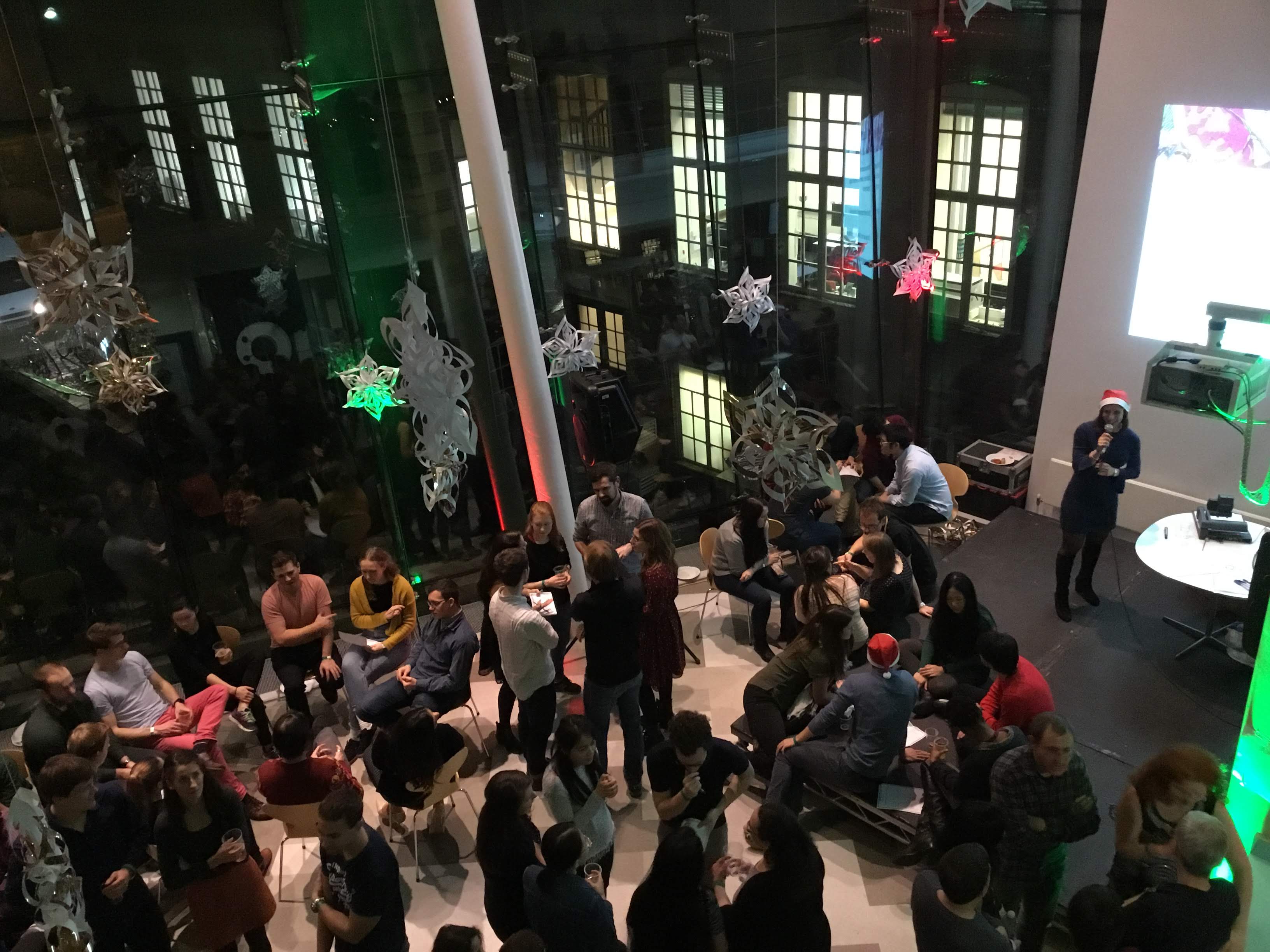 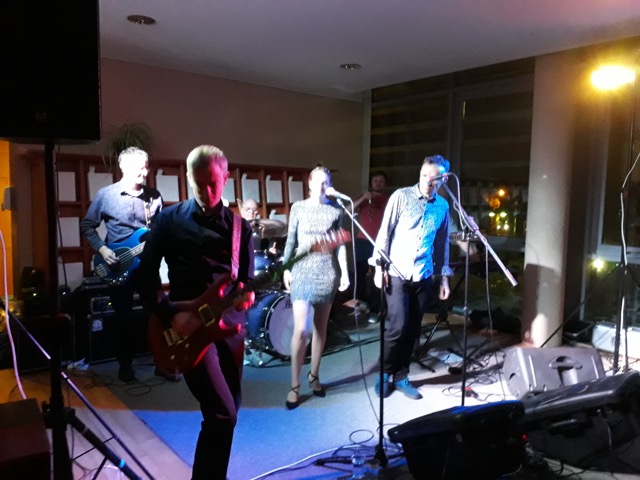 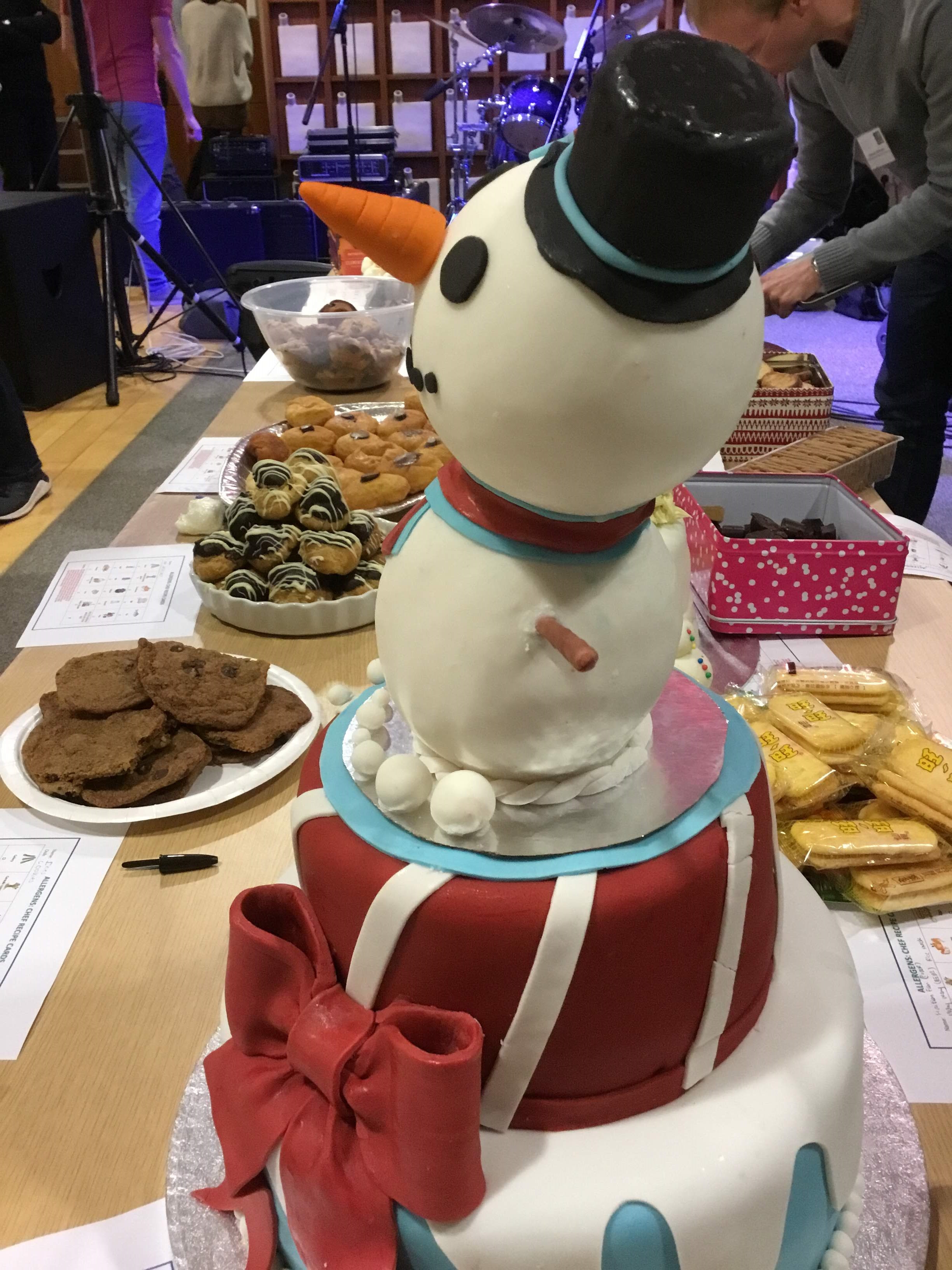 Following the annual tradition each winter, the legendary Dunn School Christmas party for all the department’s staff members and students was held on Friday 7th December. This year it was efficiently organised by members of the Dushek, van der Merwe, Brown and Carvalho groups.

The Dunn School library was the first to transform into its holiday look, hosting the next generation of “Dunn-Schoolers”, the children of staff and student. In addition to supper and games, the children also enjoyed a meeting with Father Christmas, who brought them their presents from the North Pole.

Later that evening, attendees enjoyed mulled wine together with a fine food sharing supper of their own, comprised of homemade dishes. A group of Dunn Schoolers agreed to judge the traditional contest and bravely tried all the dishes. Their selected winners were Lisa Gartenmann (Raff lab) for best vegetarian dish, John Nguyen (Dushek lab) for best meat dish and Giulia Masi (Acuto lab) for best dessert.

The food sharing dinner was followed by the annual raffle. This year, all funds were collected (around 1500£) for the local charity Aspire, an organisation that supports vulnerable local people towards employment. The prizes were generously sponsored by multiple companies, as well as by Dunn School group leaders, and they included items like a pair of Amazon Echo speakers, a Kindle, shopping vouchers and a “Brexit survival kit.”

The highlight of the party was the Dunn-iversity Challenge, a grand quiz about the history of the Dunn School and its contemporary life, in addition to more general questions about international Christmas traditions, food and movie emojis. The winning Team Steam, an OMPI 1-based team, beat over 30 other teams and won a voucher for a round of group mini-golf. The runner up team was BareLea LeaGal, a Lea lab-based team, who won pizza vouchers.

To end the night, the Combination Room underwent a facelift and turned into a magnificent dance-floor. Together with the free open bar, two live Dunn School-based bands, The Alternative FACTs and the IMMposters, animated the crowd and warmed up the atmosphere. The guest DJ closed the party, which lasted until late in the night.

We wish to thank the organisers for an outstanding party and we look forward to the next one.