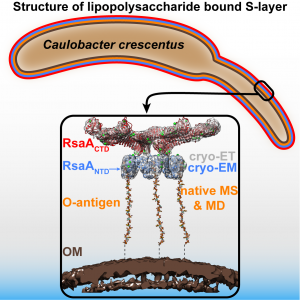 In Situ Structure of an Intact Lipopolysaccharide-Bound Bacterial Surface Layer