Major Contribution to Pathology: A key player in the development of recombinant DNA technology (with Boyer & Cohen), Falkow has made important contributions to the study of how bacterial pathogens interact with host cells at the molecular and cellular level. 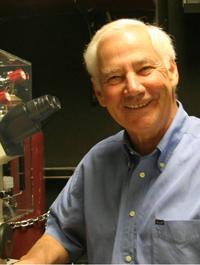 Stanley Falkow set his sights on a career in science at the age of 11 after reading Paul de Kruif’s book ‘Microbe Hunters’ (copies are still available on Amazon). His first interest was diagnosing and classifying bacteria as a clinical microbiologist, but decided to undertake a PhD. He demonstrated that that Fertility (F) factor in E. coli was made of DNA, encoded on a plasmid, then went on to characterise R factors (Resistance against antibiotics, again carried on plasmids).

Stan was present at the famous Waikiki beach meeting in 1972 between Herb Boyer (who provided the restriction enzyme EcoRI) and Stanley Cohen (who provided the plasmid) that led to a plan to develop recombinant DNA technology. This led to the first cloning of a bacterial virulence factor, the heat stable toxin of E. coli, in a seminal 1976 paper with Maggie So, which heralded the application of molecular genetics to understanding microbial pathogenesis. Stanley then established ‘Molecular Koch’s postulates’ for defining virulence determinants (Rev Infect Dis. 1988 10 Suppl 2:S274), which continues to influence thinking and experimental approaches in molecular microbiology.

Stanley worked at Walter Reed Army Institute, initially under Sam Formal who was a close colleague and friend of Harry Smith, and then moved to Washington University in Seattle. What is most remarkable about his career is that he has fostered a generation of leading researchers in microbial pathogenesis across the world. From enteric pathogens to sexually transmitted diseases to respiratory infections, his influence has left virtually no field untouched.

This paper highlights the power of microbial genetics (see Figure 1), and one way it can be used to isolate sequences encoding virulence determinants. The gene responsible was then defined by subjecting the clones to transposon mutagenesis, and identifying non-invasive mutants (Fig. 3).