An organism’s genome, encoding all the genes and proteins used by an organism for life, is composed of DNA sequences. As it is passed down from generation to generation, the genome needs to be copied and maintained with as little error as possible.

Damage to DNA, such as through double-strand breaks (DSBs), can lead to genome instability and tumorigenesis if left unrepaired. The best error-free repair mechanism, homologous recombination (HR), requires the creation of single-stranded DNA (ssDNA) at the damaged site. ssDNA is rapidly recognized by RAD51, a recombinase protein that catalyses HR-mediated repair. However, exactly how RAD51 preferentially binds to ssDNA over dsDNA is unknown.

The Esashi and Dushek labs worked together to tackle this question. Collaborating with colleagues from the Department of Chemistry and the University of California, Irvine, Federico Paoletti from the Esashi lab explored the problem from a new angle: the difference between the flexibility of ss- and dsDNA.

Federico and colleagues used surface plasmon resonance and small-angle X-ray scattering to measure the kinetics of RAD51 binding and the flexibility of different DNA substrates, respectively. Combined with mathematical modeling, the interdisciplinary collaborators were able to show that RAD51 is a mechano-sensor, able to polymerize faster on more flexible DNA. While thermodynamically counterintuitive, as stably bound ssDNA has less entropy than unfettered ssDNA, the investigators show that the entropic penalty is offset by the strong RAD51 self-interaction. They also demonstrate that RAD51 binds to DNA through a two-step “Bend-to-Capture” interaction, which is facilitated by more flexible DNA.

In this way, RAD51 is able to rapidly accumulate at sites of DNA damage to start HR repair, and could potentially explain some previously unexplained phenomenon, such as the accumulation of DNA damage at “stiff DNA,” such as poly-A rich regions of the genome. 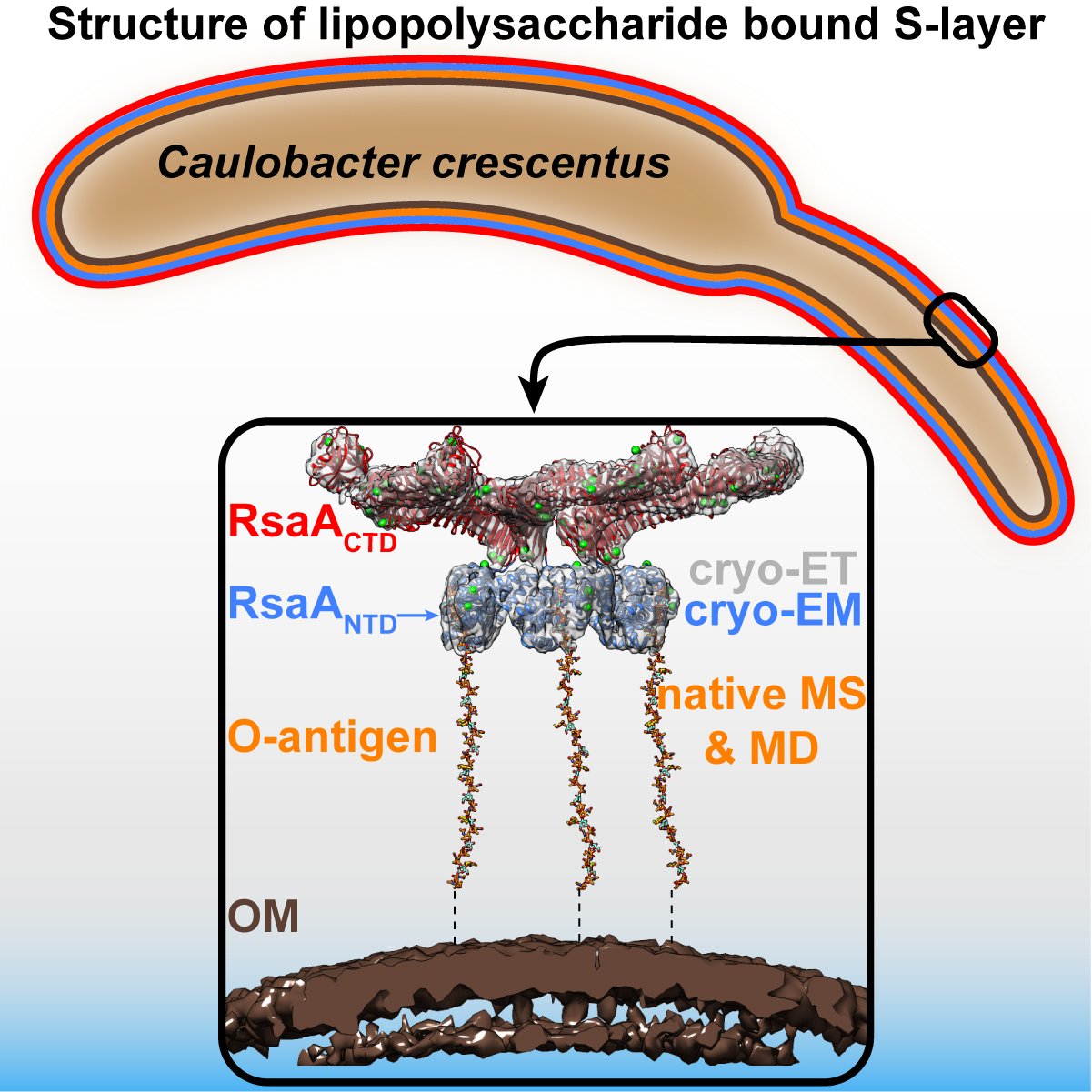 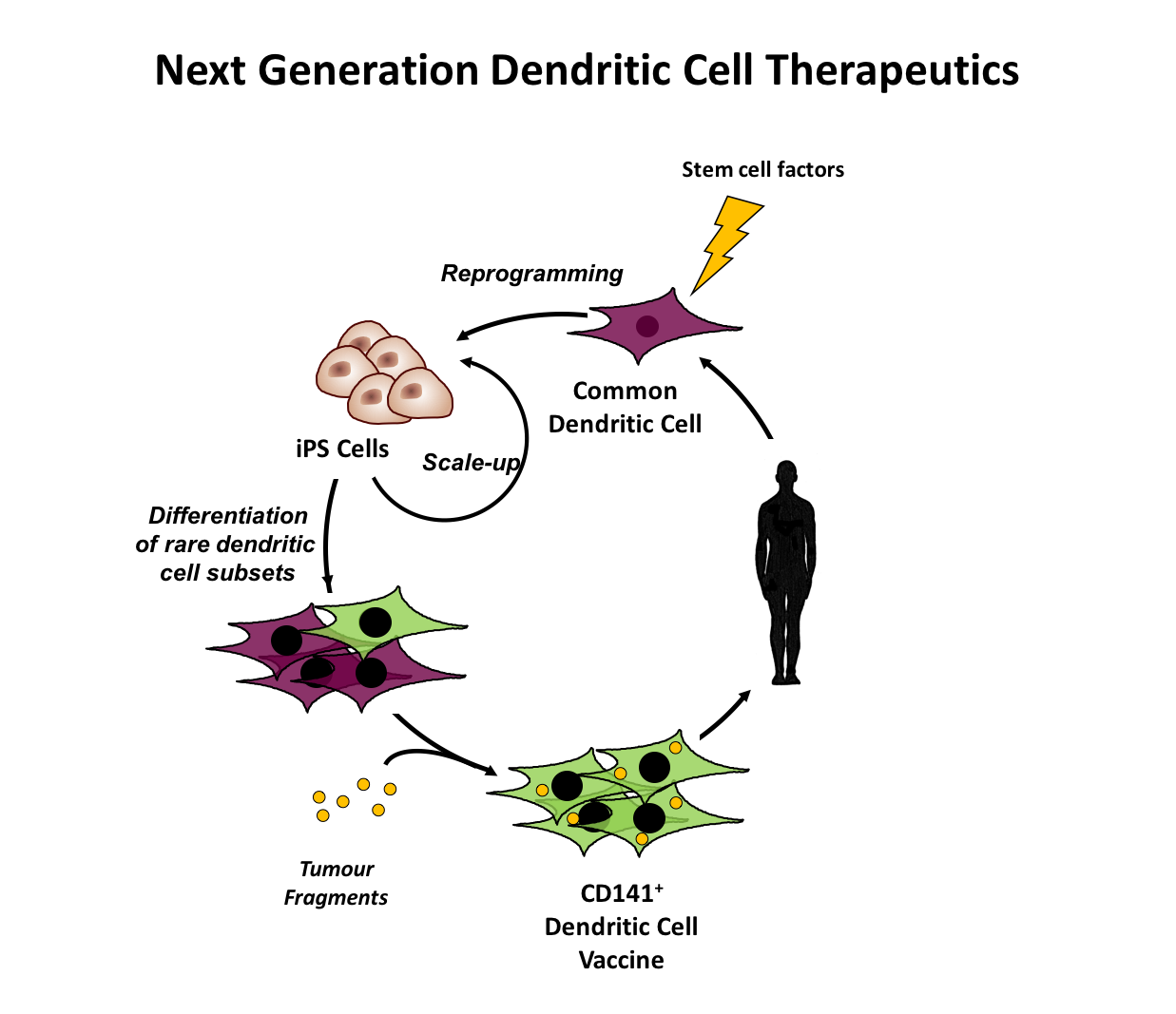 A novel source of rare dendritic cells for immunotherapy

Dendritic cells (DCs) are key players in our immune response. A subset, called CD141+ DCs, are particularly effective in presenting tumour fragments that prime other immune cells against cancer. This makes them attractive immunotherapy candidates. Unfortunately, this subset is incredibly rare, making it impossible to harvest from patients in significant numbers. Induced pluripotent stem cells (iPSCs) offer a possible solution; they have the potential to differentiate into any somatic cell type, allowing production of a large CD141+ DC supply. However, DCs produced this way resemble foetal cells with underdeveloped immunogenicity.

Paul Fairchild’s lab tackled this arrested development by taking advantage of iPSCs’ ‘epigenetic memory’ – DNA modifications which can be retained over generations. In a departure from the standard protocol of generating iPSCs from fibroblasts, they forced common DCs into a stem cell-like state by driving transient expression of stem cell factors. The iPSCs produced were then induced to form rare DCs effective against cancers. The idea was that these iPSCs would retain expression of certain DC genes, aiding development of the rare DCs. Indeed, they demonstrated that the derived DCs resembled adult cells, with strong immunogenicity. By harnessing these cells and forcing them to present tumour fragments of choice, cancer patients could be vaccinated against their disease to enhance their immune response.

In human endometrial cells, during a specific time frame of the menstrual cycle, structures highly similar to nucleoplasmic reticulum called the nucleolar channel system, are observed. These structures are sensitive to hormones such as progesterone and oestrogen and their absence in endometrial cells has been linked to infertility.

Pytowski and colleagues from the Vaux lab have now established an endometrial cellular model to study the hormones-induced formation of nucleoplasmic reticulum. They found that, similar to what was previously observed under pathological conditions, normal physiological manifestation of these structures also require newly synthesised membrane phospholipids and nascent lamina proteins, albeit independent of the cell cycle. The mechanism how hormones regulate nucleoplasmic reticulum formation in endometrial cells is still unclear, but this new cellular model will be a useful tool in further understanding this phenomenon, and potentially the link to fertility. 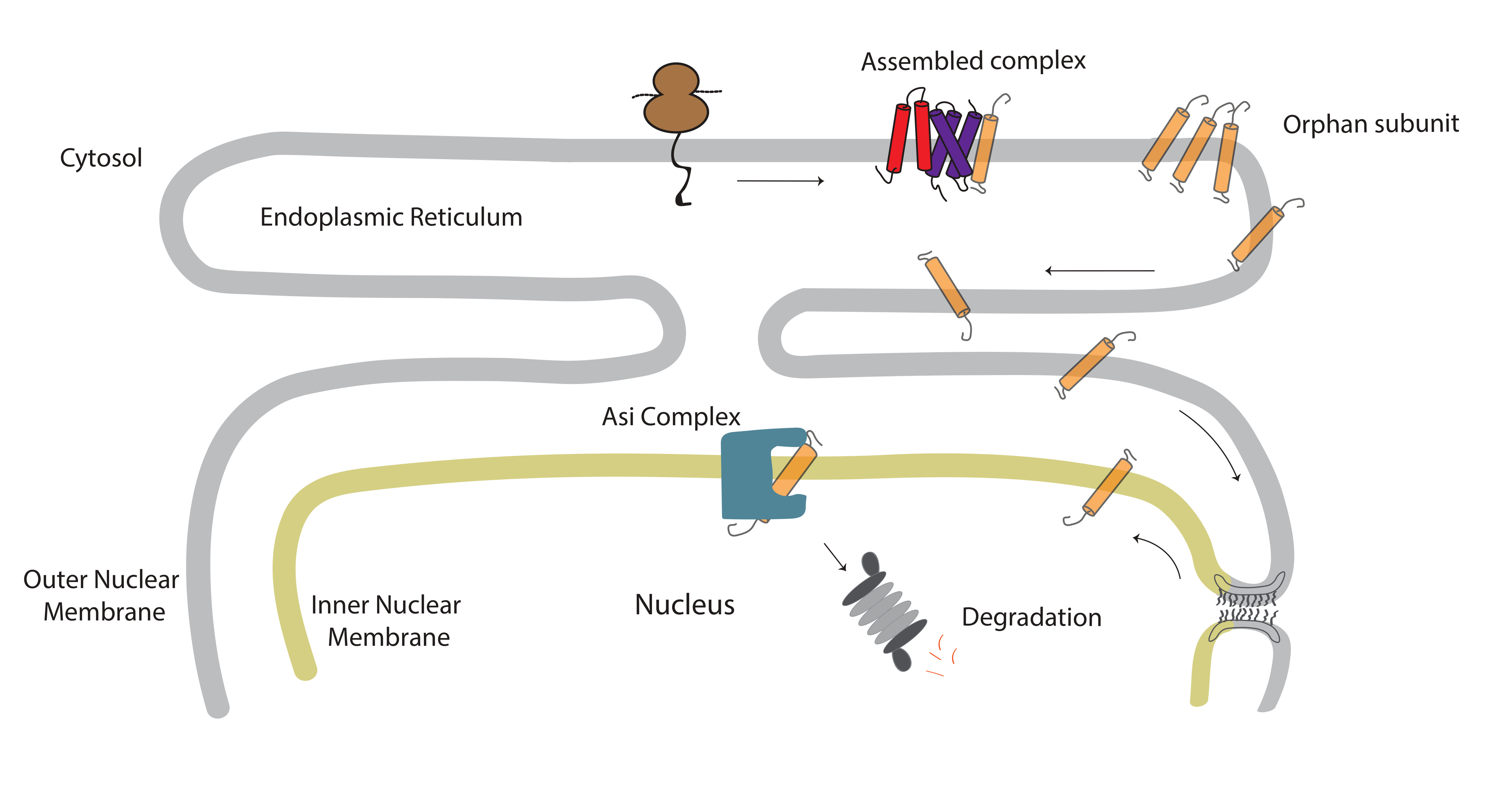 Tracking the fate of orphan proteins

While some proteins in the cell function on their own, most have to assemble into multiprotein complexes to perform their function. Subunits failing to integrate into a complex, may become toxic and must be degraded. It is not clear how the cell identifies these “orphan” subunits and distinguishes them from newly made subunits which are yet to be utilized. While investigating this process in the context of protein complexes destined for endoplasmic reticulum (ER) membrane, Dr. Nivedita Natarajan and her colleagues from Prof. Carvalho group made an unexpected observation: many unassembled subunits were degraded only in the inner nuclear membrane, a highly specialized region of the ER.

The ER membrane is continuous with the inner nuclear membrane (INM), however, the functions and protein content of ER and INM are quite different. In their previous work, the Carvalho laboratory showed that ER proteins which erroneously diffused into the INM are recognised and degraded by the Asi protein complex. Dr. Natarajan and colleagues found that the same complex is responsible for degradation of orphan/unassembled subunits of ER localized complexes. The authors concluded that restriction of quality control of unassembled subunits to the INM provides a mechanism protecting the complex subunits from premature degradation. Their work was developed using baker’s yeast as a model system. In the future, it will be interesting to investigate whether spatial restricted quality control processes operate in higher eukaryotes, like humans. 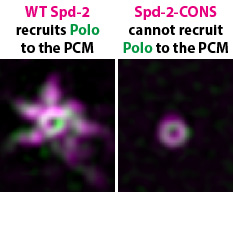 Cell division is a multi-stage process, which involves dividing the DNA into two daughter cells. Centrosomes organise microtubules, which help distribute chromosomes during cell division, as well as provide the cell with a structure. Centrosomes are made of two cylinders (called centrioles) wrapped in a pericentriolar material (PCM) which grows as the cell gets ready for division. The components that make up this PCM are conserved between most animals, thus working with Drosophila (fruit flies) can provide insights relevant to a variety of organisms.

Alvarez-Rodrigo et al, from the Raff lab, have studied the recruitment and subsequent organisation of some of the key components of the PCM in flies (Spd-2, Polo and Cnn). By making flies carrying mutant forms of Spd-2 that cannot interact with Polo they have discovered that these 3 key proteins have to co-operate in order for the PCM to grow in size in fly embryos. Identification of these interactions gives us a better understanding of the requirements for a properly functioning centrosome, thus developing our overall knowledge of the process of cell division, a process that is constantly happening within our bodies. 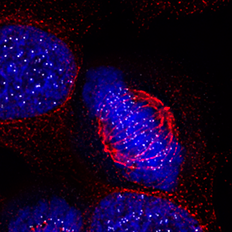 MPS1 kinase regulation by PP2A-B56 is vital for successful mitosis

The ultimate goal of mitosis is to produce two daughter cells with the same genetic make-up as the parent cell. It consists of several steps, kept in check by proteins such as kinases and phosphates and deregulation of which is associated with human pathologies such as cancer.

One important kinase in this process is Mono-Polar Spindle 1 (MPS1), which monitors the correct formation of microtubule-kinetochore attachments and initiates spindle assembly checkpoint signalling in case of errors. MPS1 is also actively involved in resolving incorrect kinetochore attachments by phosphorylating outer kinetochore proteins. Accurate regulation of MPS1 kinase activity, via autophosphorylation of the MPS1 T-loop, is therefore critical for faithful chromosome segregation.

Hayward and colleagues from the Gruneberg lab have now shown that a kinetochore-associated pool of the PP2A-B56 phosphatase regulates the T-loop autophosphorylation of MPS1 and hence its kinase activity. Expression of a constitutively active form of MPS1 refractory to PP2A-B56 dephosphorylation results in exaggerated MPS1-mediated error correction, mitotic delays and impaired cell cycle progression, stressing the importance of balanced kinase and phosphatase activities for successful mitosis. 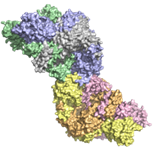 First structures of the genome replication machinery of influenza A virus

Influenza A viruses are the most common cause of seasonal flu in humans and also infect animals, representing significant public health and economic burdens. During infection, the virus invades host cells and makes many copies of its RNA genome to produce new virus particles. RNA-dependent RNA polymerase is the enzyme responsible for this genome replication. 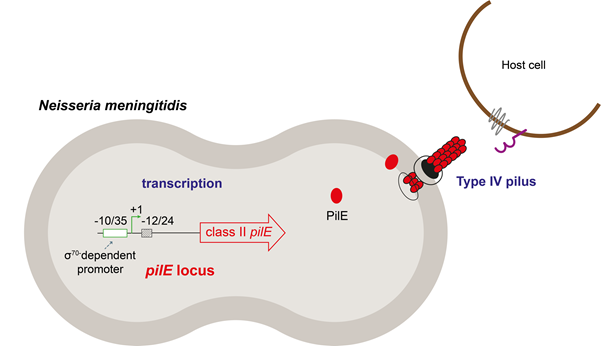 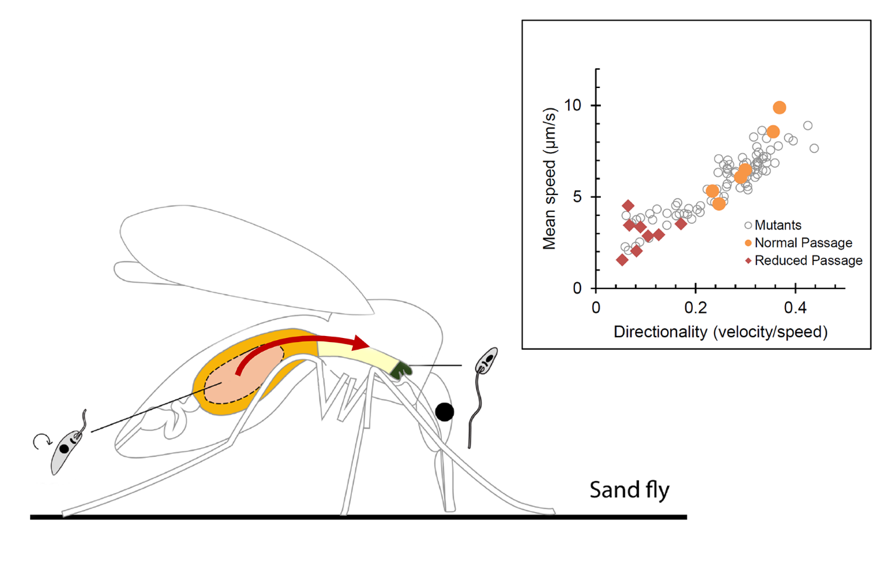 Figure legend: To study parasite swimming behaviour in vitro, the swimming speed and directionality of 100 Leishmania knockout lines was measured individually (data plot). A selection of these mutant lines (coloured symbols) was passaged though sand flies

Leishmaniais a parasite that causes leishmaniasis, a disease that affects millions of people in Mexico and Central America. The parasite is passed between mammals by the bite of sand flies. Leishmaniahas a flagellum, a long tail-like organelle primarily used for direction and speed of motion, that is remodelled depending on the phase of its life cycle.

Tom Beneke and his colleagues (Gluenz Lab) systematically studied the function of flagellar proteins of Leishmania mexicana by using proteomics and CRISPR gene editing technologies. They first identified the proteins that constitute Leishmania’s flagellum by mass spectrometry. With this knowledge, they generated a library of 100 knockout mutants, each of which lacked a flagellar protein. They showed that many mutants swam slower than normal Leishmania,while some could swim faster; the rest were completely immobilised. They later showed that two mutants, one immobile (PF16 knockdown) and one uncoordinated swimmer (MBO2 knockdown), failed to fully colonise sand flies. This comprehensive study sheds light on the importance of directional swimming mediated by flagellum for Leishmaniainfection of sand flies, which in turn infect humans.