Major Contribution to Pathology: A greater appreciation of host pathogen interplay in bacterial pathogenesis by studying bacteria in vivo not just on agar plates. 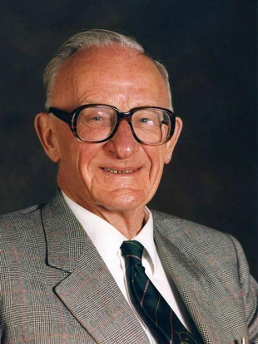 Harry Smith left Northampton Grammar School when he was 15 to work as a trainee pharmacist, and he won a scholarship to study pharmacy at University College Nottingham.  He graduated with a first class degree in Special Chemistry, and was then appointed as an assistant lecturer.  His PhD in chemistry involved the first chemical synthesis of a dinucleotide, the building blocks of DNA. His external PhD examiner was the famous chemist, Lord Todd (Nobel Laureate for the chemistry of nucleotides), who recommended Harry for a position at the Chemical Defence Establishment, Porton Down where Harry started work on bacterial virulence.

His was the first group to study bacteria isolated directly from infected animals (see associated paper). This approach was so far sighted that it only gained full recognition in the 1990s.

Harry Smith was the Guru of microbial pathogenesis in the UK.  He was the first person to identify a chemical within the human body that is exploited by Bacillus anthracis to enhance its pathogenicity.

This led to his lifelong mantra that mechanisms of pathogenesis can be discerned only by studying bacteria in vivo, not in a laboratory shake flask. Neisseria gonorrhoeae. His seminal contributions in the gonococcus included demonstration that bacteria can live inside cells of the human body and that they can acquire human sialic acid, which they add to their LPS to impair complement mediated lysis.

The paper describes the demonstration of a lethal factor specifically secreted by Bacillus anthracis in vivo, and the protective efficacy of immune sera in preventing toxin mediated mortality.

Harry died in December 2011; to quote Stanley Falkow ‘One of the great microbiologists in the history of the field and as fine a man as I have ever known. He'll live in stories to be told for generations to come.’

Observations on experimental anthrax; demonstration of a specific lethal factor produced in vivo by Bacillus anthracis.