Major Contributions to Pathology: Carl Nathan has studied how macrophages kill bacteria for over four decades. More recently Carl has begun to identify the molecular and cellular mechanisms that contribute to chronic inflammation and its resolution as well as developing new chemotherapeutic agents that kill Mycobacteria. The Nathan Lab was among the first to study the biology of the enzyme inducible Nitric Oxide Synthase (iNOS), which generates reactive nitrogen species (RNS). RNS together with Reactive Oxygen Species (ROS) play a key role macrophage and neutrophil killing of bacteria and other pathogens. 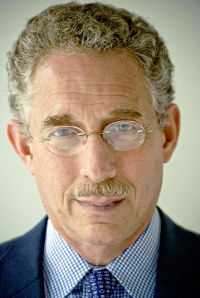 After training at Harvard Medical School, Carl Nathan undertook postdoctoral work at the Rockefeller University in New York before setting up his own laboratory at Weill Cornell Medical College in New York. Carl’s very first scientific paper in 1971 demonstrated that a factor secreted by lymphocytes activated macrophages to enhance their phagocytosis of particles and mycobacteria, this factor turned out to the cytokine Interferon-γ.

Carl studied the regulation of reactive oxygen species (ROS) production by macrophages and the role of ROS such as hydrogen peroxide in killing bacteria. In the early 1990’s his group showed that the newly discovered enzyme inducible Nitric Oxide Synthase (iNOS / NOS2) was able to generate the reactive nitrogen species (RNS) nitric oxide NO from the amino acid L-Arginine. The Nathan lab showed that iNOS enzymatic activity in macrophages was strongly upregulated by Interferon-γ and bacterial endotoxin. The central importance of ROS and RNS in innate immune defence against bacteria was highlighted by the analysis of knockout mice that lacked both iNOS and a key component of the NAPDH oxidase that generates hydrogen peroxide. Nathan’s lab showed that animals doubly deficient in iNOS and gp91 phox developed massive abscesses caused by commensal organisms and were totally unable to defend themselves against a wide range of microbial infections. Animals deficient in either iNOS or the phox oxidase system had no enhanced susceptibility to microbial infection.

Carl Nathan’s seminal reviews on the regulation of inflammation have had a great impact on the field. Like all the best pathology teachers Carl Nathan sports a very distinguished moustache.